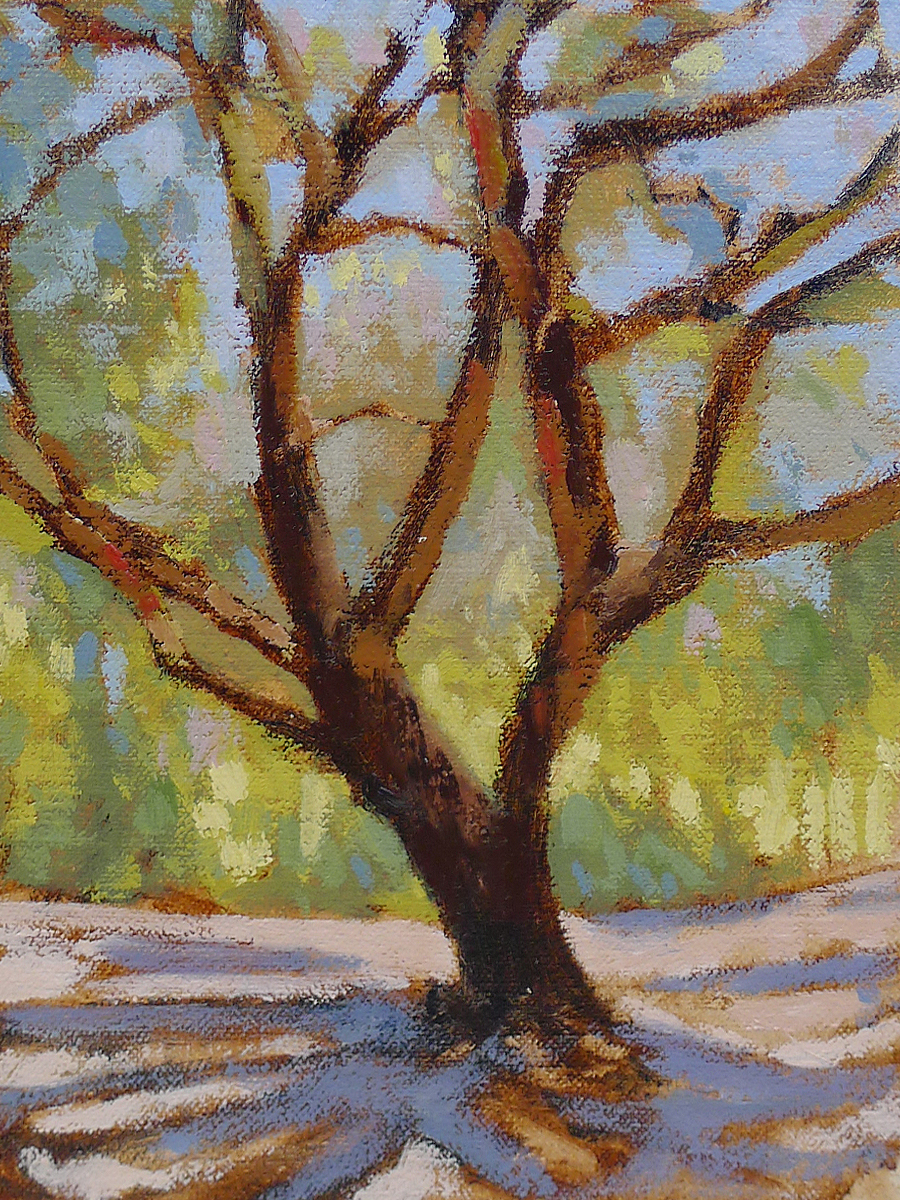 No. 259 is a painting of an oak tree at Sutter’s Mill in California. The sun was behind the tree so it had this backlit look set against the brilliant blues, pinks and greens of the background.

This one was so much fun to paint. I was trying to really explore color mixing in the last two and decided to jump in with both feet on this painting. I got lost in the background and my palette looked insane at the end because there were dozens of individual little mixed color areas.

One other strange thing I’m noticing is the way that the paint behaves on linen boards. I’ve testing out some Raymar boards and the linen ones have almost zero absorbency. So the color sits right on top of the board as opposed to parts of it sinking in. I blocked in the background with a warm neutral and the colors sit right on top of the underpainting. I doubt it will translate into the .JPG, but the painting has this almost 3D effect when you look at it. Intellectually, I know it’s as flat as can be but when you tilt it there is this strange depth within the canvas. Don’t know what to do with that yet but it’s cool.