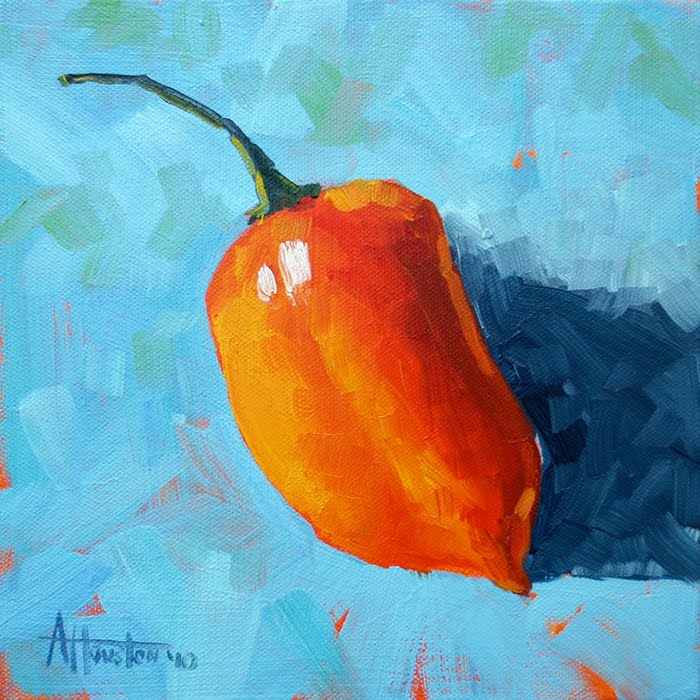 This is No. 21 – it’s a pepper. The thing is, it was supposed to be a grapefruit. I started the grapefruit on Monday, worked it carefully this week and tried to finish it last night but ended up totally screwing it up. Which sucks.

I almost decided to give up go to bed but then realized that my whole problem is that I keep trying to work these things too much. I had the pepper lined up for this weekend and so I got it prepped, knocked it out and 30 minutes later was done.

This is a lot better than the grapefruit and took 1/10 of the time. It makes no sense but who am I to argue with El Habanero?